Like many of Marta Izquierdo Muñoz’s projects, the creation in progress is linked to the previous one. Practice Makes Perfect (2017) and IMAGO-GO (2018) shared a rudimentary and archaic object: the baton. Traditional baton dances are explored in the first, and the majorette twirling baton in the second. In this new piece, Guérillères, there is a choreographic tableau about a community in action: somewhat tense and dysfunctional in IMAGO-GO, here it is chaotic, organic and utopian.

This creation is the second part of a diptych about women’s groups (but embodied equally on the set by both men and women) of which IMAGO-GO (2018) is the first part.

As is often the case with Marta Izquierdo, female figures are hybrids between fictional beings and real models. Guérillères is partly inspired by the imaginary world behind the Amazons in Greek mythology, but also by a community of warriors portrayed by the writer Monique Wittig in her novel Les Guérillères1. 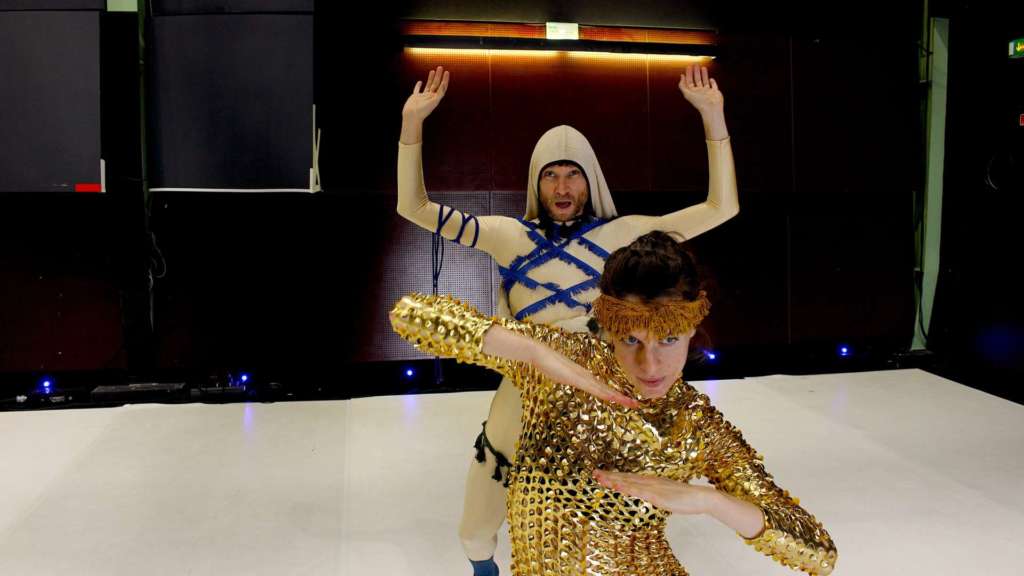 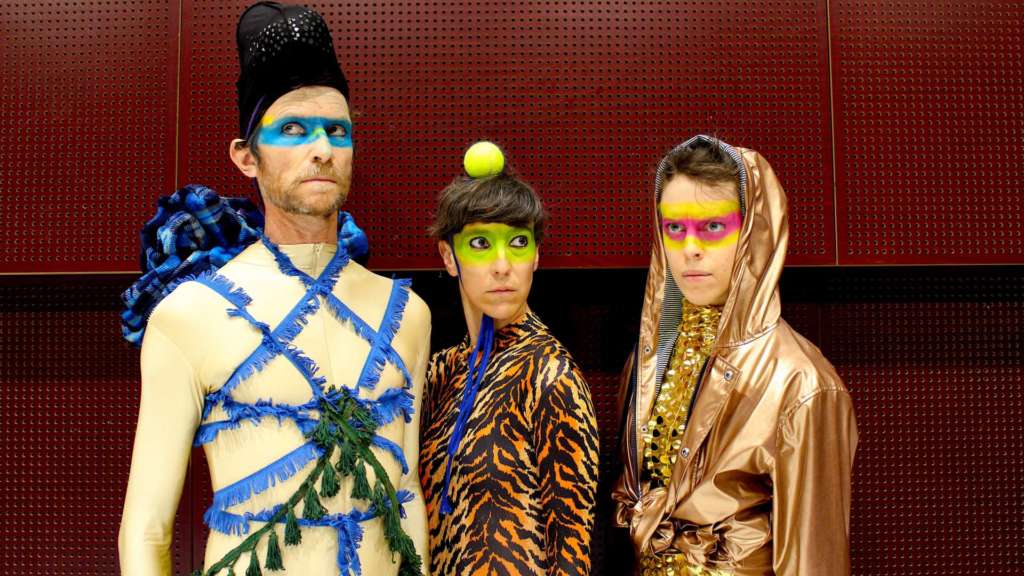 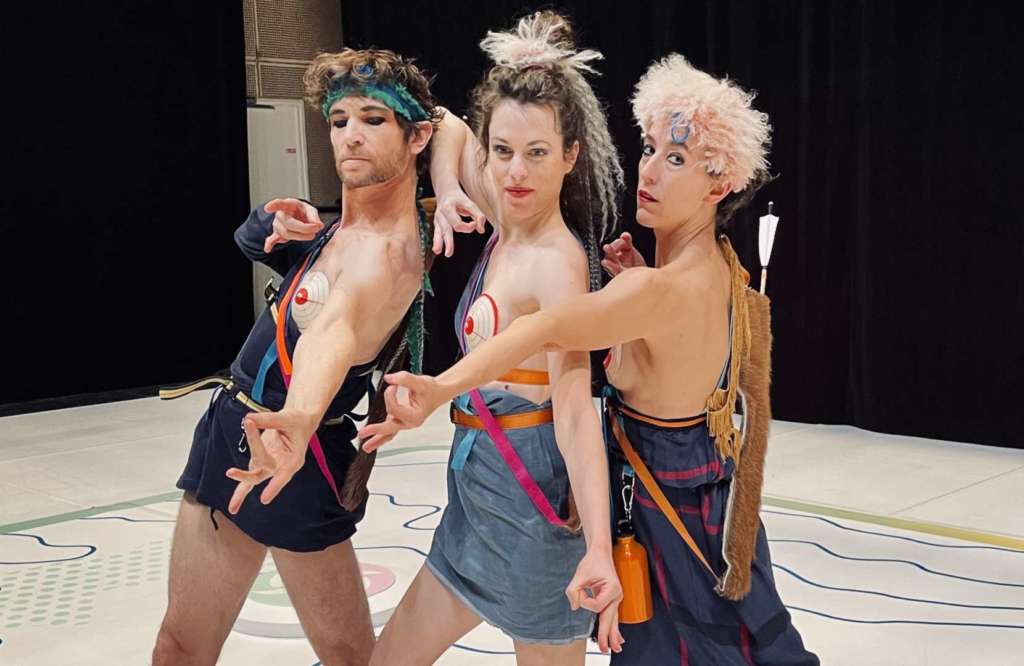