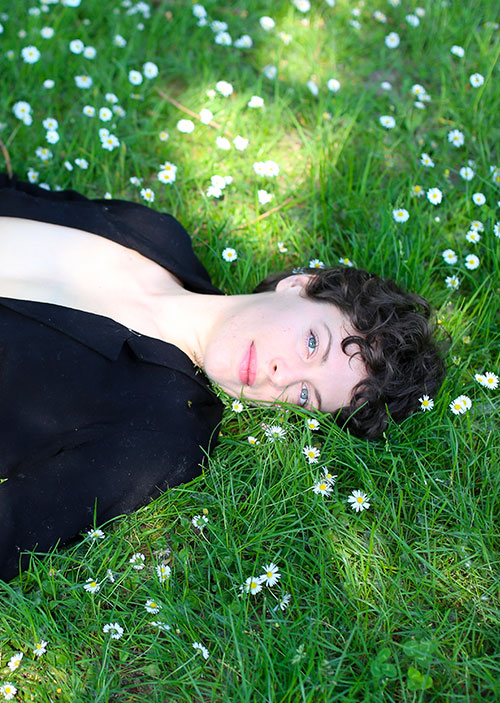 Adeline Fontaine was born in Sarthe into a farming family. Thanks to an ad in the mailbox, she enrolled in a ballet class and stayed there from the age of 8 to 18. At the same time, she practiced the violin for 6 years.

At 18, she began studying philosophy at La Sorbonne and then turned away 3 years later, after completing her degree, to train in contemporary dance at the Rencontres Internationales de Danse Contemporaine (R.I.D.C.) in Paris.

She continued her training in Toulouse by integrating Extensions (2014-2016) at the National Choreographic Development Center where she worked with Jeanne Candel, Lionel Gonzales, as well as Daniel Linehan for creations.

There she met Marta Izquierdo Munoz whom she joined for the creation Imago go in 2018. Adeline also worked for three years for the theater company Merversible. Since 2016, she has been developing research on the border between theater and dance. She experimented with it by creating a Chair Chère performance, playing in short films, notably for Alice Gauthier and Daphné Achermann, and participating in the Épris d’Incertitude research laboratory initiated by the MERCI group in Toulouse.